Criticism on My Desk

The hard way is often the best. It may not seem like it at the time but often events in one’s life can seem wrong only to find later that they were the best of gifts.

An example is when I gave a travel slide show at the Whatcom Museum. People came up afterword to talk with me as you know they do. A man slipped me a note. I gave it a cursory reading and tucked it in my pocket. A couple of friends were standing with me and they asked what it said. I told them it was a list of criticisms.

They immediately went into attack mode: “Where is he, we’ll tell him, he’s just an asshole,” etc.

I am not going to say I did not feel defensive or diminished. I’d not had anything like that happen before. I kept the note in my pocket.

Later that night I took it out and looked at it. Just words on a paper. He made some good points though he was quite harsh about it. But, they were things I couldn’t see so I couldn’t improve them. There was still a pinch but there was way more appreciation for the ways he suggested a more polished presentation.

That note sits on my desk. 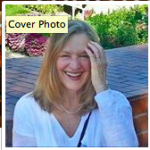 Mary Jane Fraser is a Bellingham author, an educator, and a mom. She is currently working on a memoir about strength, independence, and beating the odds.