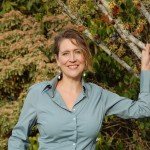 I hope your holidays were all that you hoped they would be. Welcome to my new year’s resolution. Over the past year, I’ve been given the gift of hearing wonderful encouragement and stories of inspiration from readers of my first book, Second Wind: One Woman’s Midlife Quest to Run Seven Marathons on Seven Continents, and I feel like it’s time now to give back for all the pats on the back and virtual high fives. This is my first monthly newsletter, which I hope will be an encouragement to you to hear and heed the call to catch your own second wind in 2012! Here goes.

The Beginning of One More Year

When I was in my twenties, I lived with an interesting conundrum. I was simultaneously terrified of the world around me (especially authority figures whom I assumed I needed to please in order to be safe and successful) and overly confident in making major life decisions. I read the faces of almost everyone in my life–parents, professors, ministers, and employers–in an attempt to gauge whether or not they were happy with my performance… and then changed my behavior based on what I suspected I read in their expressions. At the same time, I brazenly jumped into marriage at age twenty-three and made huge life-altering demands of my (now ex) husband borne out of terrible insecurity and a ludicrous arrogance that I could make a marriage work properly by sheer force of will.

I know I’m not the only person who spent her twenties alternating between pandering to other people’s perceived wishes and stomping her foot with ill-informed demands on others or the world. When my mid-thirties came along and brought with it a divorce and, eventually, a crisis of identity and faith, I was almost relieved. I was brought to my knees, exhausted from trying to control how others felt about me. I desperately needed to give myself permission to really evaluate who I had become and whether or not that person was someone I liked and wanted to continue being. I’d hit “the wall.”

Have you hit your own wall in the marathon of life? If you have, you’ll relate to the metaphor: It’s that point (about 16 miles into a literal marathon) when you feel like you’ve depleted your reserves and aren’t quite sure how you’ll get to the finish line, much less how you’ll enjoy the journey. If so, you may be in need of catching a Second Wind. Well, then, welcome to the Second Wind Newsletter! Monthly, I’ll be sending out some insights and encouragement to those of us who need a little boost of encouragement as we turn the corner into the middle part of the life-cycle–and this is month number one.

Since the days when I hit my own wall and desperately sought to revise my life and catch my own Second Wind, I’ve worked as a therapist with hundreds of others who come to similar evaluative points in their lives. And one thing they all bring to the table when reexamining their life choices and the identities they’ve built for themselves is Bravery (if they don’t bring it to the table right off the bat, often a crisis helps to develop it quickly). Yes, if you want to catch a Second Wind, you’ll need to be brave. In fact, let’s call 2012 the year of Bravery!

So what is Bravery? And how do you know if you have enough of it to make a commitment to shed old, un-useful values and behaviors, replacing them with new resolves and freedom to try new things? Here is my portrait of Bravery, as I have come to know her.

Bravery cries herself to sleep, but still wakes up in the morning, makes coffee, and dresses for work. She is resilient, knowing that what does not happen today may also not happen tomorrow, but it is important, and so she stays with it–unless she decides it’s time to let it go.

Bravery tells the truth–to herself and to others. She endures the disapproval of supervisors, and mentors, and the needy tendrils of loved ones who reach for her and hold on too tightly. She smiles when she is happy and weeps when she is sad, although her brothers and sisters don’t care much for her authentic expressions of joy and grief.

Bravery takes chances, jumps out of planes, and learns to play the violin in her old age. But she does it all with intention, knowing (or knowing that she will know) what she hopes to gain. She considers her options and chooses this (or that) as consciously as she is able–and more consciously next time around when she has gained more insight.

Bravery winds her way through life’s labyrinth with the bright light of audacity to show the way. She knows that she must be willing to meander amidst the unknown. She believes she has the right to explore dark corners, to make wrong turns, and to self-correct. She believes she is just as qualified to make brilliant discoveries as her brother, Heroism.

Bravery knows she is not alone in the world. When she falters, she reaches out to others. When she goes on an adventure, she leaves emergency numbers behind. She is accountable to others and others hold her accountable. They are invested in her success and she invests in theirs.

Bravery can bear no more than a step or two in her youth, but as she practices her cadence and finds her perfect pace, she grows into a giantess. She expands into a commanding goddess who lifts others up and demands that they become brave, too.

If you see yourself reflected in this portrait of Bravery, you are already someone striving for a Second Wind Life. If you’d like to see yourself in it, you’re on the precipice of something revolutionary. Join me on the journey to become ever more resilient, authentic, intentional, audacious, and accountable to living into our best lives at midlife. And stay tuned in the coming months for ideas about how to find your way.

To find out more about developing and nurturing the 5 traits of bravery, check out my group course on the Five Second Wind Traits. Next series begins February 21. Sign up now.