How To Hurdle Over the Writing Blockades 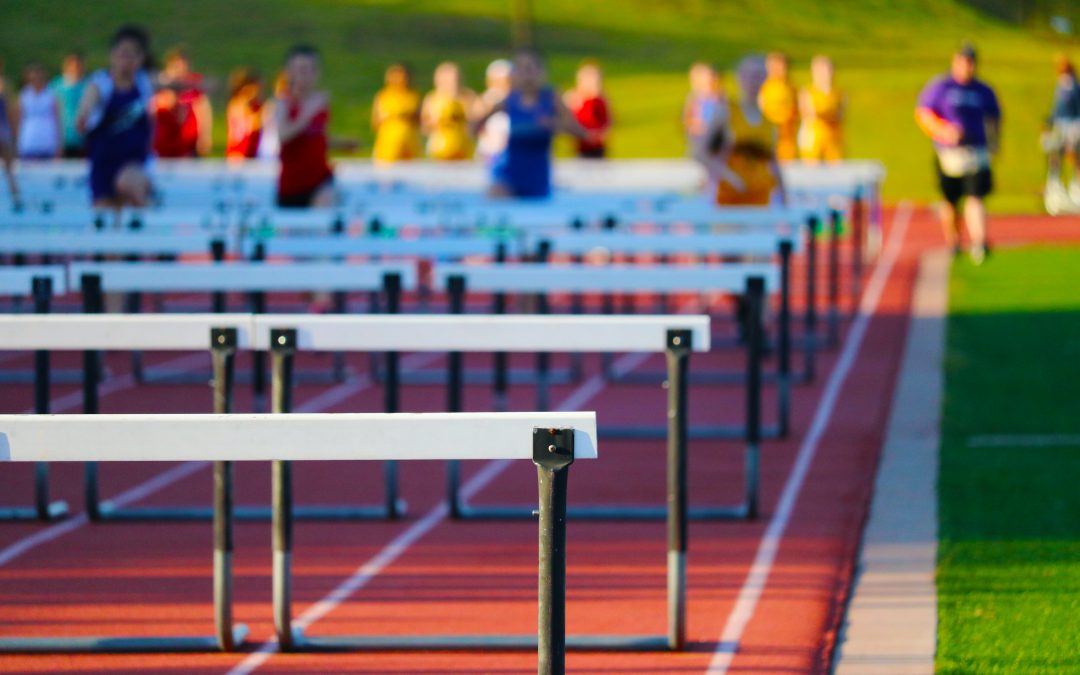 I work with a bunch of writers in a program called The Narrative Project, and I mentor two writers each year for a year, thanks to a grant from the American NewMedia Foundation (thanks Debra Hallock). I also write myself, so I’ve seen a fair bit of the things that get in the way of writing, those little foxes in the vineyard, demons of destruction–whatever you want to call them. So let me introduce you to a few of the most common blockades for writers, and what you can do to get around them:

“You’re doing it wrong, you haven’t got anything interesting to say, you’re not smart enough/sassy enough/sexy enough/strong enough.”

ENOUGH. You are enough because you are. I have found the best way to deal with these bitches (who seem to travel in swarms) is to get a little medicine bottle and label it “Inner Critic Voices”. Every time one goes off in my head, I open the lid and blow her into the bottle. A friend has an imaginary brick. When the girls show up, she picks up her brick and scatters them like roaches fleeing Raid. (Another option is to join The Narrative Project’s upcoming course on The Inner Critic!)

You’re gonna write, of course you are…as soon as you earn the time by doing those little chores that have been hanging around. Of course you can’t just sit down with a clear conscience until you’ve done them….

Make a list of things you need to do. Now prioritize the ones that have to be done to keep your world from blowing up. Literally, put numbers next to them. “Write something today” is not allowed to be below number four on that list. Now do the things above writing, and then write before you get to number five. Write for an hour at least.

The “I’ve Only Got an Hour” Fritter

You’ve only got an hour, and then you have to leave for someplace.

Fine. Set a timer for 59 minutes, sit down, and go at it. The timer will keep you from forgetting to leave. Meanwhile, you can write with freedom of mind.

Similar to the Hamster Wheel, except it’s more like putting a spoke in the wheel, these are the “Oops I forgot” moments that intrude on writing time. “I forgot to call my mom back! I forgot to get the laundry out of the dryer!”

Keep scrap paper or a notepad by your writing area. While you are writing, jot down the “I forgots” and let them wait there until you’re done. You have a note to remind you.

First, find a place where your family and work aren’t going to hunt you down, if you can. If not, establish an in-house writing zone in both time and space. If those don’t work, put up a color sticky when writing–when the family sees purple, they know you’re not to be interrupted. Then establish the rules: Kids can’t show you blood? Don’t knock. Spouse doesn’t need to know RIGHT NOW? Don’t knock. (Or if they do, then you get that much more time tomorrow while s/he watches over the rest of it.) House isn’t on fire? Don’t knock. That’s the deal. Make sure the family respects this, and you do too. Then, once you’re in the room, don’t blow off your time. It’s being paid for (by all those withheld knocks) by other people who respect you enough to give it to you. That’s important. And validating.

These are the biggest writing bugaboos I see day to day. Sound familiar? Ready to hurdle over these blockades and get your writing running? Note in the comments below what your biggest hurdles are and what you do to get over them!

Wendy Welch is the author of The Little Bookstore of Big Stone Gap; Fall or Fly (about foster care and the opioid crisis); and a forthcoming book on COVID-19 conspiracy theories from McFarland Press. She edited Public Health in Appalachia; From the Front Lines (a collection of healthcare providers talking about substance use disorder patients); and a forthcoming book about Appalachian doctors and nurses during the corona virus pandemic from Swallow Press. Welch lives in Virginia where she directs a medical education consortium. She enjoys crocheting, playing the harp, and swimming.