by Cami Ostman | Sep 1, 2017 | Inspiration, SHE: Personal stories of women who changed my life | 5 comments 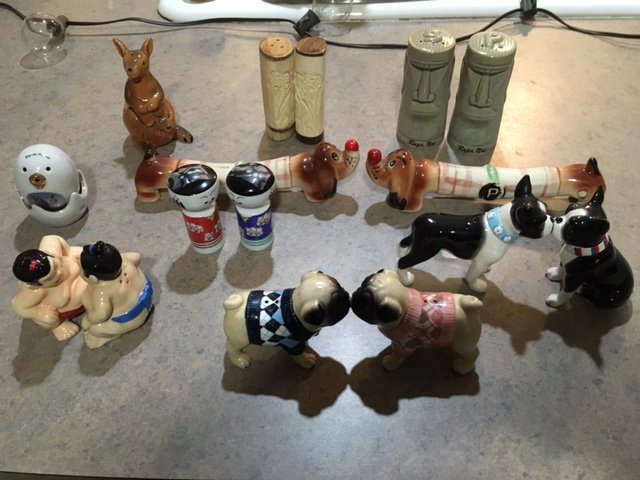 In memoir, we ask questions of our lives, and our relationships. We examine light and shadow. And we make peace. Last week I visited my grandparents’ house. My aunt and cousin have been there emptying it since my grandfather died last July. Here is a short memoir piece sparked by that visit. If you’re writing memoir, sign up for a FREE coaching session with me. I’d love to support you.

We only know ourselves and others through story!

She used to collect glass jars and bottles. When I was a little girl, she and my grandfather sometimes took me hiking and we would look for old dumpsites where they could dig for treasures—blue and green bottles were her favorites. And even before that, before I was born, she started collecting every doll-shaped Avon perfume bottle with fragrances named “Moonwind” or “Brocade.” I was gifted the whole set, perhaps 50 of them, in my teen years.

Sometime after my grandfather’s retirement, Gram became enamored with the idea of collecting salt and pepper shakers. While RVing around the country, Gram saw cousin Marilyn’s collection in California and volunteered to become her personal shopper. Marilyn was shooting for a world record, so she would send Gram twenty-five dollars every few weeks, and then Gram would scour yard sales and second hand shops for matching sets of tiny figurines with holes in their heads. When she’d collected several sets, she boxed them up and sent them down to Marilyn in California.

Eventually Gram began her own collection. One day I came over to their white cinder block home with green trim, the one I’d played in as a child, the one my brothers, mother, and stepfather had been welcomed into when our own house burned to the ground when I was ten, and I saw that Gramps had erected three shelving units in their living room. The shelves were crowded with shakers in the shapes of vegetables, houses, animals, and cartoon characters. Her collection was taking over the room.

As the years past, more shelves went up. “What are you doing today, Gram?” I asked whenever I called her.

Her answer was always, “Oh, we’re going to the Goodwill.”

The first time I accompanied my grandparents to Goodwill, several years into her collecting, I was impressed at how stealthy my two beloved octogenarians were. Grandma held onto the shopping cart for stability, gritting her teeth against the pain in her hip, the joint worn down to bone on bone. Grandpa, unsteady on his feet but moving as quickly as he could, “raced” through the automatic doors to get ahead of the other senior citizens waiting for the store to open on “Twenty Percent Off Senior Tuesday.”

“Iz,” he whispered in her ear. My grandfather always called her this sweet shortened version of her formal name, unless he was pretending to be shocked by something she said. Then she was fully Isabella! “I’ll go down this aisle. Looks like the old bat over there is nimble today. We don’t want her to beat us to the punch.”

I was tagging along behind Gram. She turned to me and said, “That old gal,” pointing to the same woman Grandpa had referred to, “is always here on Tuesdays. Grandpa flirts with her sometimes.”

I believed it. My grandfather was a flirt.

As my grandmother, eagle-eyed and hungry for a bargain, scanned the shelves in the glassware’s aisle, I took in the unique scents of second-hand shopping—mildew mixed with the sharp but ineffective effort of bleach and other cleaning chemicals trying to compensate for the smell of things left too long in uninsulated backyard sheds.

I wondered how many thousands of sets of salt and peppers Gram had already rescued from this particular Goodwill store. Collecting had turned into an obsession. Long before I went shopping with her the first time, she’d decided to stop sending boxes to Marilyn. Everything she brought home today would end up on one of her own shelves, by now numbering in the dozens and covering the walls in every room of their house.

Between the two of them that day, they found five sets and three singles there might be matches for at home.

As we walked out of Goodwill, she said, “I got all of them for under ten dollars. Can you believe it?”

By the time my grandparents died in 2016, only months apart from one another, there were tens of thousands of salt and pepper shakers populating every nook of their formerly welcoming home. My grandmother’s obsession and my grandfather’s conspiratorial support of it had made their home an accident waiting to happen, a hoarders’ haven. There were only narrow pathways through the rooms, and I worried over what would happen if we had another earthquake. Would the whole house fall into the earth, leaving no sign of itself but chards of painted glass on the lawn?

Between the shaker collection, hundreds of old 78 records, National Geographic issues dating back decades, a collection of decorative plates, years of genealogy research, and dozens of other collections, you wouldn’t think anyone would be able to sort through what Gram might have wanted to bequeath anyone. But you would wrong.

My grandmother was meticulous, fastidious in her cataloguing of her possessions. Though in her last decade, she did lose her sharpness, her obsessive compulsivity persisted. As my poor aunt and cousin sorted and picked through every “treasure” in that over-stuffed house, they found 9 pairs of salt and peppers that I had brought my grandmother from Australia, South America, Asia, Africa, and parts of the USA. My initials, CO, appeared taped or written on the bottoms of each of these sets. And now they are returned to me.

I don’t care about collections. Three times in my life I’ve completely started over, leaving behind nearly everything I owned. I’m not a lover of junk and have only a few physical possessions that feel irreplaceable to me. But I will keep these 9 sets of salt and peppers. They represent something important.

Among the tons and tons of little figurines she owned, my grandmother knew which ones I gave her.

And I know what she and my grandfather gave me too: Five decades (yes, I had them in my life until I was nearly 50!) of true kindness and warmth. Cold hands on my forehead when I had a fever. Arms around my neck when my heart was broken. Praise for what a smart child I was. Praise for what a shrewd and intelligent woman I turned out to be. Acceptance for my shortcomings. Memories. Love. And NINE sets of salt and pepper shakers. 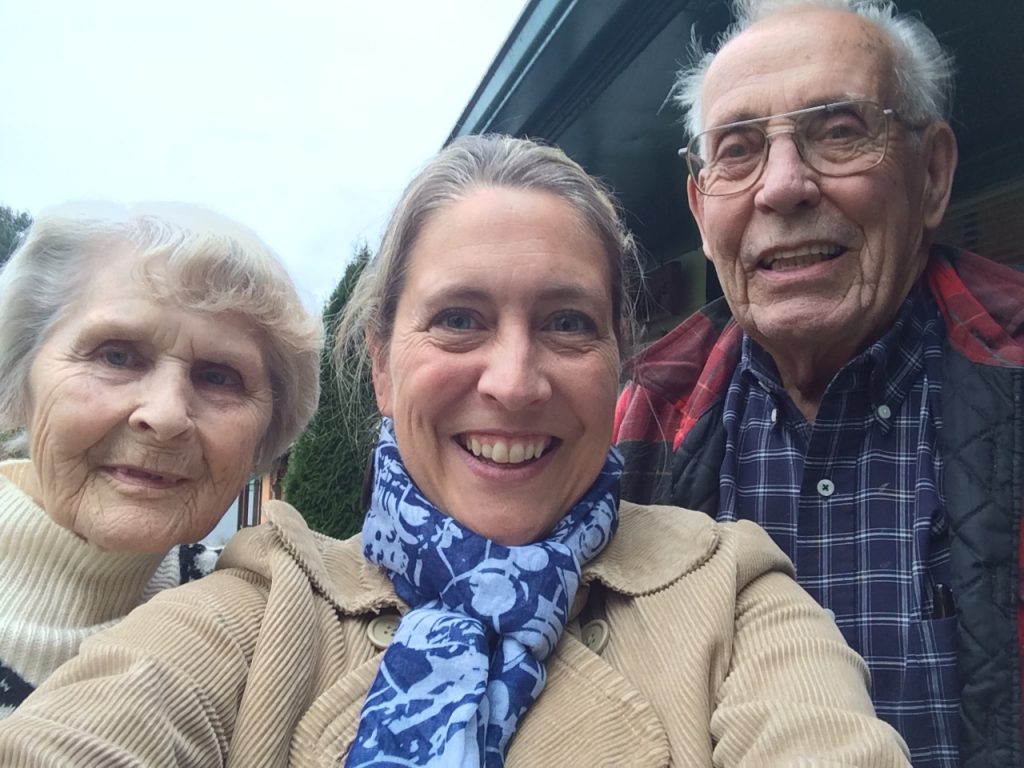 What is your inheritance story, writers?