Things You Learned the Hard Way 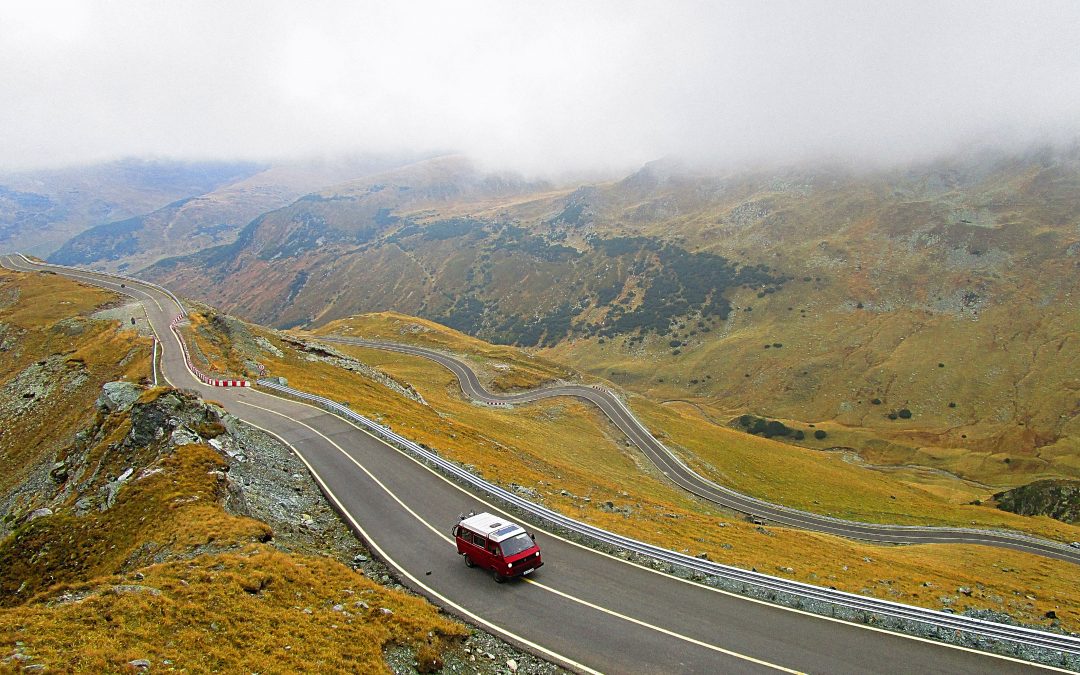 I turn 50 in a few days, and my friends have been asking me (as friends will do), “What do you want to do for your birthday?”

Up until last week, every time someone asked me that question I spontaneously burst into tears. The idea of turning 50 has felt awful to me. I guess this 50-year mark says something to me like, “You’re definitely more than halfway done. Dude, nobody lives to 100.”

Both of my maternal grandparents passed away in 2016, leaving me feeling untethered. My grandma Izzy and Grandpa Kenny were sparkling lights in my world that some part of me could not imagine ever flickering out. Even though, of course, I knew they would not live forever, somehow, as long as they were alive, I didn’t have actual confirmation that death was inevitable for EVERYONE.

While I certainly hope to be the first person to live to 120 and still be running races up until the very last moment, I know it’s unlikely… Okay, it’s improbable… Fine, it’s impossible (maybe?).

So as I approached 50, I’ve been feeling what I guess is existential angst—a real phenomenological downer.

But then a few mornings ago I remembered something one of the amazing authors in our Memory into Memoir program said to me once, and I had an idea.

A few weeks ago, after I led Barbara and two of our other authors in a critique session, Barbara said to me, “I need to offer some feedback about our last small group critique meeting. It’s not a big deal, but I promised myself several years ago that when I had something to say I would say it.” I was so struck by that simple statement. Struck by the idea that somewhere along the line, somehow, Barbara had learned to speak what she thought—just because she knew it was something that SHE needed to say (let’s just say it: lots of women never do this, and I’m plenty guilty of swallowing my words when they out to come out of my mouth). Wow, I thought, I wonder what taught her that lesson? I’ll bet there’s a story behind that decision.

When Barbara said this to me, I made a mental note to someday ask her how she learned speaking her mind is non-negotiable for her. I’m going to bet it was a lesson learned through trial and error—some long journey with lots of twists and stops along the way. Maybe trauma.

If Barbara tells me her story (will you, Barbara?), I thought, I can learn the same lesson without—you know—going through whatever hard thing taught it to her. In fact, wouldn’t it be great if we could learn important stuff through listening to one another’s stories? You KNOW I believe we can! That’s why I became a therapist in the first place. (What? You think I just wanted to help people? Sure I did, but I want to learn from them, too.) Being with other people’s stories is why I coach writers, too. I LOVE stories. And I ABSOLUTELY BELIEVE they change us.

So here’s what I want for my birthday, friends:

I want your wisdom, and I want to know how you got that wisdom. I want to know the things that you learned the hard way. Here’s the deal, you write your story and the moral of your story in the comments underneath this post. The stories and the bits of wisdom that strike me the most (the ones that inspire me, make me laugh, make me cry, or make me go, “well, sh!t, I never thought of that”), I’m going to put up here as posts of their own. (I’m happy to add your website, your bio, and a plug for anything that you’re peddling if you want me to—or if you don’t care about peddling anything, I’ll just give you credit for being a really smart person.)

These lessons don’t have to be deep, deep, deep. They just need to be relevant to your life, something you think other people should know. They can be drop dead serious lessons about relationships or they can be how you learned not to buy cheap shoes. They can be lessons about how you learned to take care of the earth or how you learned to take care of frizzy and uncontrollable hair. I welcome lessons about running, writing, traveling, dogs, wine and whiskers on kittens—some of my favorite things. I also welcome lessons about how to get stains out of silk blouses. Or how to keep from falling in with bad characters at your favorite karaoke bar. Or how to stop smoking (even though I don’t smoke I think the lesson could be transferable to something else, don’t you?) REMEMBER, TELL THE STORY AND THE LESSON! USE AS MANY WORDS AS IT TAKES.

When the year is over, I’m going to put all my favorite stories of wisdom-gotten-the-hard-way together into a daybook. It’ll be a great gift for your other friends as they turn 50. Or 60. Or 70. Or… 120. You don’t need to be a great writer, by the way. I’ll clean up your punctuation and grammar for you without judgment. In fact, upload a video if that’s more your style.

This series is called: What I Learned the Hard Way.

So I’ll start with one of my own lessons, something I learned the hard way. Something I hope you can learn from me and never have to learn yourself. And then you jump in in the comments below.

What I learned the hard way is not to run across railroad tracks with a train oncoming.

Oh, sure, you think you already know this, don’t you? I thought I knew it too, but heat and fatigue and living in the bubble of silence one experiences when one is in a country where no one speaks your language can temporarily make you forget what your mother taught you when you were five.

I was in Japan. Summer is hot in Japan. More than hot, summer in Japan is you-wish-you-never-had-to-wear-clothes muggy and oppressive. I was taking a two-day trip out of Tokyo to visit some shrines.

Shrine number one on my list was in Taga Taisha, where the spirits of the world’s co-creators Izanami no Mikoto and her husband/brother Izanagi reside. One has to travel off the beaten track and outside of the realm of bi-lingual signs in train stations to get to Taga Taisha. I did so successfully, and then…

After visiting the shrine, I took the return train, which on the map I had looked like it should go in the direction of my hotel all the way to my final destination. Halfway there, the conductor stopped at a platform in the middle of nowhere and turned off the engine. I stayed on the train, thinking maybe he was just taking a smoke break, but he turned toward me (stupid gaijin), shooed me off, and then closed the door behind me.

In the hot mosquito air outside on the lonely quay, I wiped sweat from my face and wondered what I should do.

Only a few travelers and one or two employees were on the platform with me. I tried to decide who to approach and finally settled on the only person who was willing to look in my direction—a middle-aged man wearing slacks and a white button-up shirt with a tie. Through gesture and much following around of this kind fellow so he could look at a schedule and a map, I eventually understood that I had to cross the tracks to a different platform to catch my train back to my hotel. Apparently (don’t ask me how I figured this out), the LAST train was the NEXT train. I looked down the track and saw it coming slowly into the station at that very moment.

And I panicked. I had to hotfoot it across the tracks if I didn’t want to get stranded all night in… where was I? Already perspiring from every pour in my body, I sprinted down the platform, leapt off the edge onto the tracks and dashed across—without much more ado than an “arigato” to the man who had directed me to the right train.

I did this without any fear that the oncoming train would beat me to the platform because it was moving at a snail’s pace into the station. What I didn’t count on was that on my way up the cement stairs to get into the queue on the other side of the tracks, I would fail to lift my foot high enough to clear the uneven step and would slam down hard into the concrete, cracking my left shin against the stairs and twisting my left foot into an impossible position beneath my body as I fell.

But the train was at hand now and, even though I was in instant and tremendous, throbbing pain, I needed to get out of the way–and onto that train. Pulling myself fully onto the lowest step in a sitting position, I tenderly extracted my foot from underneath me, held in my tears, and surveyed the damage. A huge goose egg about four inches in length had already formed on my shin. And blood trickled from the scrape down toward my quickly swelling ankle.

From the corner of my eye, I could see the man nearest me on the platform, a fellow wearing a blue suit and carrying a briefcase, was distinctly averting his eyes. The three or four other people in line on the platform were gathering their things and getting ready to board the approaching train. No one offered to assist me or proffer a tissue in my direction to help me clean up the blood (let’s give them all the benefit of the doubt and say they were saving face for someone they thought of as an obvious nincompoop). I was on my own to get myself to a standing position and to hobble onto the train.

The best I could, I limped into the nearest car, sat down, and rummaged through my backpack for a Wet One so I could dab at the wound, now very grateful I hadn’t missed my last ride to air conditioning.

And do you know what? While I heaved a sigh of relief to have made the train… a minute passed. And then another. And then several more. I discovered what the other people in line already knew: that train wasn’t scheduled to move forward for at least 10 more minutes!

That’s right, my friends, I would have had time to walk to the OTHER end of the platform and cross the tracks properly by means of the footbridge inside the station. I need not have risked life and limb to catch the damn thing. I could have lollygagged over to the other platform without shaming myself and setting in motion what would turn into two-years of chronic pain on my left side (plantar fasciitis, constant cramping in hamstring, and—most recently—hip pain).

What I learned (and what I try to practice now in all issues mundane or serious) is that urgency is never the best energy out of which to solve a problem because urgency CREATES more problems than it solves. Advice to self: Slow down and think through your options—even when it looks like the last train is going to leave you behind.

YOUR TURN. WHAT HAVE YOU LEARNED THE HARD WAY AND HOW DID YOU LEARN IT?